Most produce contains about 50% less nutrition than 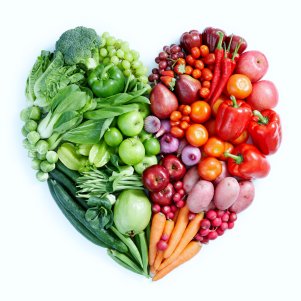 it did when our parents were children.

Even if you eat a healthy diet, you most likely are not getting the nutrition you thought you were getting. A scientific study by Donald Davis from the University of Texas (UT) at Austin’s Department of Chemistry and Biochemistry was published in December 2004 in the Journal of the American College of Nutrition. They studied U.S. Department of Agriculture (USDA) nutritional data from both 1950 and 1999 for 43 different vegetables and fruits, finding “reliable declines” in the amount of protein, calcium, phosphorus, iron, riboflavin (vitamin B2) and vitamin C over the past half century. Most likely many other nutrients have declined also such as magnesium, zinc and vitamins B-6 and E. But they were not studied in 1950.

The Organic Consumers Association found several other studies with similar findings: A Kushi Institute report of data from 1975 to 1997 reported that calcium content in 12 fresh vegetables dropped 27 percent, iron content 37 percent, vitamin A content 21 percent, and vitamin C content 30 percent. A similar study of British nutrient data from 1930 to 1980, published in the British Food Journal,found that in 20 vegetables the average calcium level had declined 19 percent; iron 22 percent; and potassium 14 percent. Yet another study concluded that one would have to eat eight oranges today to derive the same amount of Vitamin A as our grandparents would have gotten from one.

Why is the nutritional content of our foods declining? Giant corporate farms have mostly replaced the independent farmer. Corporate farming methods are mostly concerned with profit and nutrition is not important to giant corporations. Independent farmers know that they need to rotate crops and replenish the soil with organic fertilizers. Corporate farms don't follow this time tested method and have depleted our soil of nutrients. Also GMO's and selective breeding have come up with crops that increase yields and grow faster and larger. If a plant puts out much more food from the same soil it can't possibly absorb twice as much nutrients from the same soil. As  a result produce is about half as nutritious as it was 50 years ago. So how do we get all the nutrition our bodies require to stay healthy.

How do we get all the nutrition our bodies require? The answer is Green Virgin Products Moringa Oleifera leaf. Moringa is a vegetable. It is the most nutrient dense food ever discovered. The nutritional content of our moringa is astounding. It contains over 90 nutrients. Our moringa grows wild in the moringa jungles in the Philippines. We source ours from a pristine mountain top. Our moringa is totally Wild crafted which means it grows wild there and is not planted. Wild Crafted crops are more hardy than planted crops. Our moringa trees are cherished and are never cut down. Our trees grow fast enough that we can trim them several times a year and the trees just get bushier and grow stronger each year. Poor nutrition can cause hundreds of illnesses and diseases. Proper nutrition is the key to long term health and increased energy and optimum performance both physically and mentally.

On top of that we are the only moringa seller in the USA that uses the scientifically proven superior far-infrared drying system and oxidation free packaging method which insures our moringa is the most potent you can buy.