Your serious health issue is probably caused by Inflammation, and the super food that will knock it out! 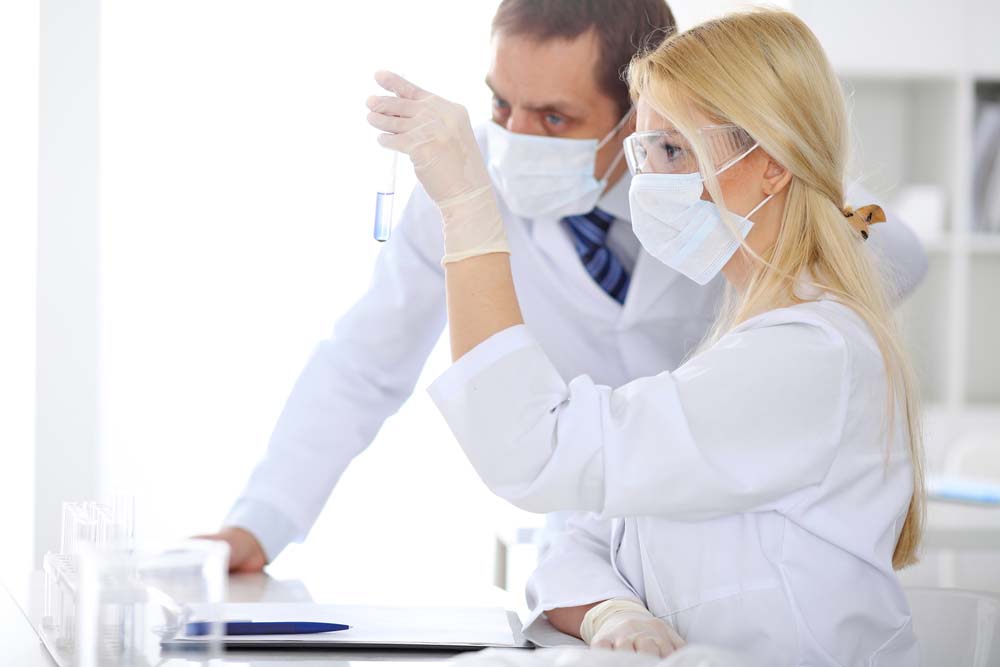 The discovery of germs (germ theory) in the 19th century gave rise to medical and public health advances such as immunization, pasteurization, and antibiotics. This resulted in dramatic decreases in infectious diseases in the 20th Century.

At the same time a rise in chronic, non communicable diseases (not germ related) became evident. Diseases not caused by germs and seemingly without a single cause. The discovery of inflammation as a cause of disease lead to the equivalent of the discovery of the germ theory in the 21st century.

It's clear to see that reducing inflammation in our bodies is extremely beneficial to our health. Moringa, a leafy vegetable, sometimes called mother nature's medicine cabinet, contains 36 different anti-inflammatory compounds and more antioxidants than any other food source. We'll discuss the huge benefits of moringa later in this article.

Acute inflammation is short term and usually appears within minutes or hours of an injury and is visibly evident as redness, swelling, pain, heat and (immobility- there may be some loss of function due to swelling).

Some Causes of Inflammation,

Smoking: Smoking is a definite irritant to your lungs which causes acute inflammation. And when you smoke cigarette after cigarette over and over again, day after day, it becomes chronic inflammation. If your a smoker, quitting smoking now is by far the best thing you can do for for health.

Being overweight: Obesity is now known to cause an inflammatory effect. This is why obesity often leads to an early death.

Inactivity / Lack of exercise: Research has shown that people with arthritis that avoid activity and exercise due to pain are way more likely to end up totally disabled that those who do daily exercise and every day activities. Inactivity also leads to obesity which leads to more inflammation.

Too much exercise: Exercise causes acute inflammation. This is a good response, as your body will repair small tears in your muscles caused by exercise and the muscles come back stronger than before. But if you don't give your body time to rest and repair itself between workouts, and you do vigorous exercise every day then the acute inflammation becomes chronic inflammation.

Lack of sleep: During sleep your body releases proteins called cytokines. Some of these cytokines actually promote sleep. Only during sleep, your body produces proteins and hormones that repair your body. Sleep is just as important as nutrition. Other cytokines that are produced during sleep are needed to help fight inflammation. Research has shown that even one night of poor sleep can increase inflammation.

Stress: Stress causes a release of hormones that cause inflammation. It's this fight or flight response that causes short term inflammation. The inflammation is caused so if you bleed from a fight, it will be minimal. But if your stress is long term it becomes chronic stress and that leads to diseases. Eliminating long term stress will be very beneficial to your long term health.

Poor diet and nutrition: Your diet can play a large roll in causing or reducing inflammation. Below is a list of foods that can increase inflammation or decrease it.

Foods that can increase inflammation include,

Olive Oil instead of butter: Although olive oil has been shown to be slightly healthier than butter, studies show, olive oil is not a healthy food. All oils and fats contribute to inflammation, and are high in calories, and you should try and avoid them or restrict your intake of them.

Fruit: Red and Purple fruits Colorful foods such as blueberries, blackberries, red raspberries, tart cherries, strawberries are good because they are low in fat and calories and high in antioxidants.

Citrus Fruits: Basically all fruit is good for you because fruit contains antioxidants.

Low fat dairy: Low-fat and nonfat milk and cheese are an important source of nutrients. Yogurt can also contain probiotics, which can reduce gut inflammation.

Vegetables: Studies have suggested that vitamin E may play a key role in protecting the body from pro-inflammatory molecules called cytokines—and one of the best sources of this vitamin is dark green veggies, such as spinach, kale, broccoli, and collard greens and of course the best one is moringa.

Green Tea: Green Tea is fairly high in antioxidants but not even close to moringa.

Whole Grains: Whole grains are much higher in fibre and have less added sugar. So always choose whole grain bread and avoid the refined white bread.

Beans & Legumes: Beans and legumes are high in fiber and antioxidants.

Herbs: Fresh herbs, like basil, thyme, and oregano can be a source of antioxidants. Now, scientists at the University of Pittsburgh Medical Center (UPMC) have been able to show that certain herbs like cumin and chili pepper have compounds that fight inflammation and reduce pain.

Garlic, onions and leeks: These vegetables have been shown to act like ibuprofen to reduce inflammation.

Nuts: Walnuts, pine nuts, pistachios, sunflower seeds and almonds are rich in fiber, calcium, and vitamin E, which have high amounts of alpha-linolenic acid, a type of omega-3 fat. All nuts, though, are packed with antioxidants which are good for repairing the damage caused by inflammation. Moringa has more antioxidants than any other plant source.

Water: Drinking plenty of clean water. It flushes toxins from our bodies which reduces inflammation.

Ginger: Ginger is not only very tasty but it is known to lower inflammation too.

Turmeric/Curry: These spices are high in antioxidants which reduce inflammation. Remember moringa has far more antioxidants than any other source.

Moringa, classified as a leafy vegetable is most likely the single most effective way of reducing inflammation.

The word Moringa, means miracle. Moringa is the most nutrition dense food ever discovered. Moringa contains 36 different anti-inflammatory compounds. It also has more vitamins, minerals, proteins, amino acids and antioxidants than any other plant. Consuming 2 to 8 grams of quality moringa a day can reduce inflammation better than any other food. To learn more about moringa or to purchase the highest quality most potent moringa you can buy click here.